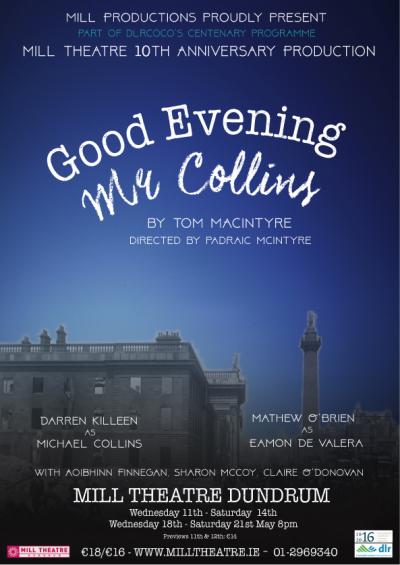 In 1916 Michael Collins was adjutant to Joseph Plunkett and was sent to prison in Frongoch. He was twenty six years old.‘Good Evening Mr. Collins is a lighthearted yet truthful look at the life of a young man who lived in very dark times. Through music, comedy, drama and movement, it traces his adventures over the six years from 1916 to his death at Beal na mBlath in 1922.

Directed by Padraic McIntyre and produced by Mill Productions, this is the 10th anniversary show.