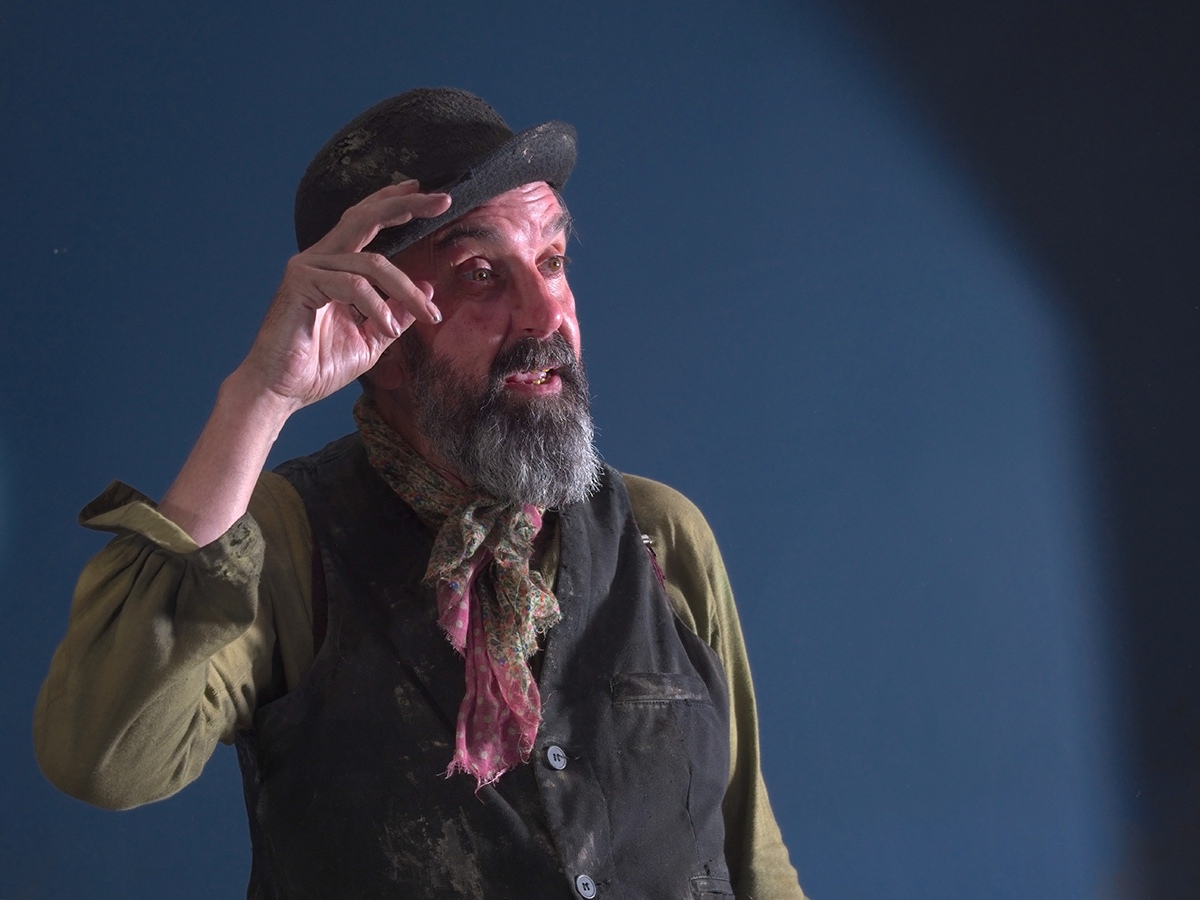 Sean O’Casey’s playful scrounger from the classic, Juno and The Paycock, takes centre stage in this intriguing new play from the pen of
Eddie Naughton (Inishfallen Fare The Well).

With events that were to alter the course of Irish history as a backdrop, Joxer Daly Esq. charts an everyman journey from respectable member
of The Foresters Association to a vagabond scraping by with only his wit to use as collateral.
From the 1913 Lock Out, to the Rising – and the events of O’Casey’s classic The Plough and the Stars – to the birth of a new divided Nationalism, in Juno and The Paycock, we see it all through the eyes of a survivor like no other. Joxer Daly is an ordinary person trying to navigate the difficult waters of what was Dublin in the period leading up to the birth of a Republic.
Brilliantly performed by Phelim Drew, Joxer’s love of language, humour, literature and song, together with a drinkers purple recollection, makes
this a performance like no other. Entertaining and funny, Joxer Daly Esq. is a thought provoking gander at one of Irish Literatures most loveable
chancers!

Phelim Drew is perfect for the part. He is every inch a Joxer, – Irish Independent

The Joxer, Drew has created, while faithful to O’Casey’s creation is a more complete individual – NoMoreWorkHorse