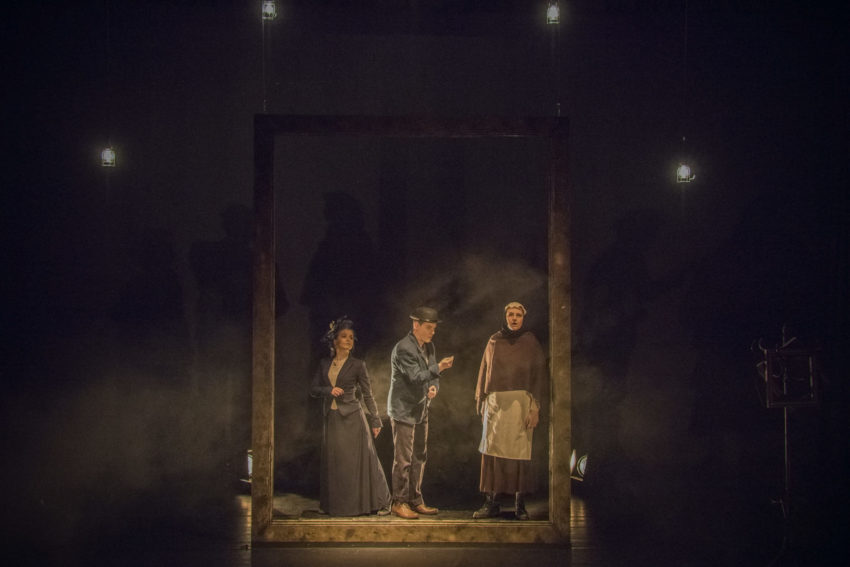 THE STAR OF CHESTER’S LANE by Quintessence Theatre (in association with An Táin Arts Centre)
This is a man’s world: always has been. Or has it…?
1854: Mr McGrath has fallen to his death working on the building of the Boyne Viaduct, leaving his wife, Catherine, alone to fend for herself. What’s a poor woman to do…?
…Put on his clothes, of course, and take up his place in the world!
Fresh off the back of an Island of Ireland Tour of Cracks in 2018, Quintessence Theatre use their dazzling physical ensemble theatre techniques to reimagine bustling 19th century Ireland and the remarkable true story of one of the country’s forgotten street characters, Kate the Navvy: the Molly Malone of Louth.