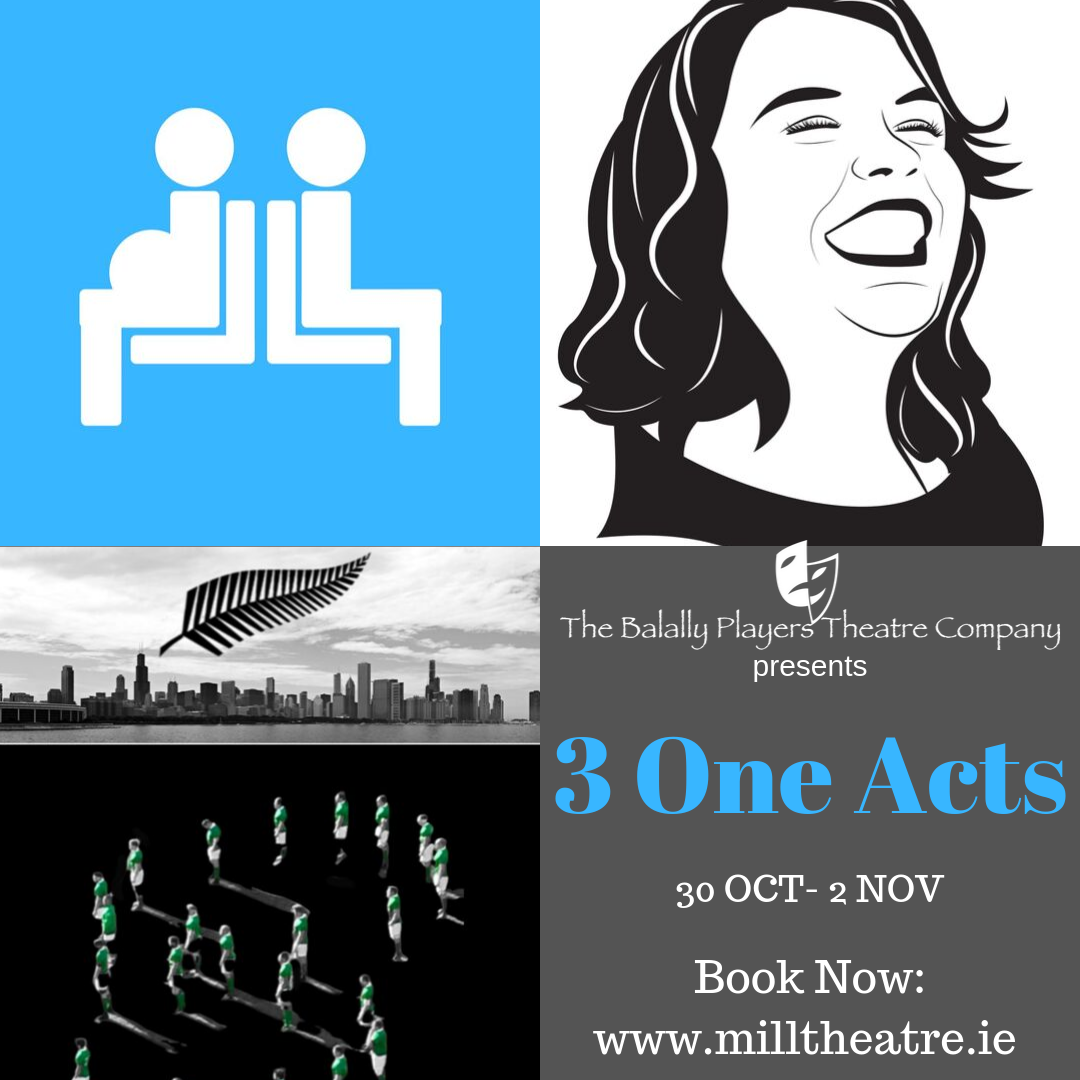 Balally Players Theatre Group presents an Evening of ‘One Acts’ bringing together 3 excellent shows, including 2 pieces of original writing by our very own group members!

Waiting For You
Written by Mark O’Leary and directed by Aisling Uí Laoire
We are delighted to present Balally’s One Act Circuit Festival play this year. Written by Balally member Mark O’Leary, this one-act play tells the story of two strangers who meet in a doctor’s waiting room, both unhappy with the directions in which their lives are heading. Through their interactions with each other, as well as with their eccentric fellow patients, they both leave with a different outlook on life.

I’m Not Laughing, I’m Screaming
Written by Sandy Taylor and directed by Lorcan Dunne
The accidental meeting of two woman from very different background, leads to self-discovery and renewed hope for them both. This is a wonderful story of friendship, personal growth and female empowerment.

Soldier Field
Written and directed by Pat McCarry
World premiere of another piece of original writing by Balally member Pat McCarry. Soldier Field tells the story of Ireland’s historic,first ever, victory over the All Blacks in Chicago. The absorbing, white-knuckle triumph is told through the eyes of Irish fans that travelled the world over to be at the game and by the players that defeated a world champion side no-one felt could be beaten.