All in a Day’s Work 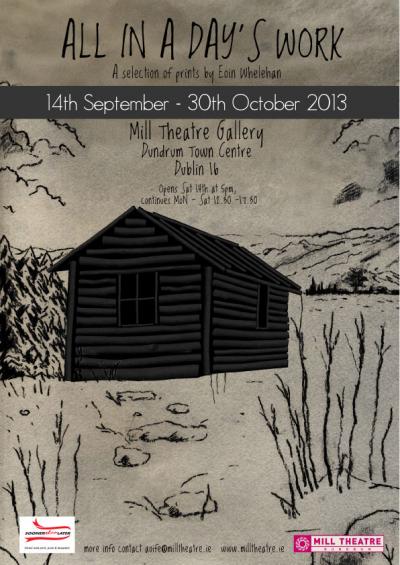 In March of this year artist EOIN WHELEHAN challenged himself to try and create a new piece of art everyday, for 35 days. He did this via an online blog so that he would have to commit to the idea publicly. “I had no idea how if I was going to be able to pull it off or what I would come up with, but I knew that I wanted to push myself to produce ideas in as many different styles and mediums as I could. All of this done within the constraints of a 24 hour period and a slowly growing weight of personal expectation. Not all of them succeeded but I’ve gathered here the works that I am most proud of. For this exhibition I have produced some new pieces that I created in the original 24 hour limit.”

Eoin is a Dublin based visual artist with a background in animation. Having studied at IADT, he began his career as a founding member of The Delicious 9 collective in 2001. He has worked on numerous music videos, TV shows and visual installations over the last ten years. More recently he has begun to focus on illustration and graphic design and this project represents a number of different influences and directions he hopes to pursue in the future.