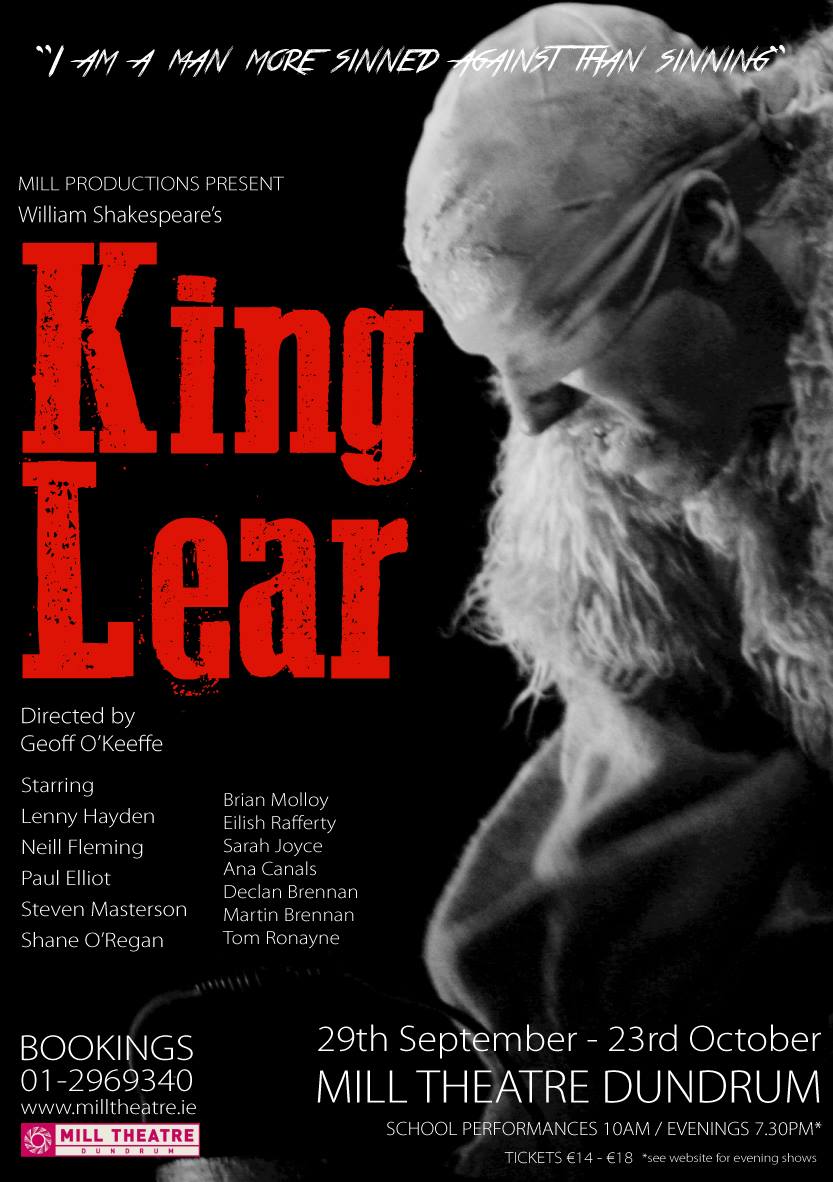 Mill Productions present what is widely regarded as Shakespeare’s crowning artistic achievement. King Lear is set in the court of an aging British monarch. Shakespeare probably wrote it in around 1604, sandwiched between two other great tragedies, Othello and Macbeth. Mill Productions, having produced Macbeth in 2013 and Othello in 2014 now set to bring the ultimate Shakespearian tragedy King Lear to the stage. Directed by Geoffrey O’Keeffe and featuring a talented professional cast, this is a traditional production, with genuinely gripping and often affecting performances which sharpen our understanding of Shakespeare’s analysis of human folly and strive to do justice to this greatest of plays.